Theme: Snowball Effect
Created for December’s UE4Jam in 2016, the theme was “Snowball Effect”. And let me tell you, there were plenty of games that had snowballs in it! Instead of snowballs, however, we went in the direction of Santa’s Elves and gifts. Every time a gift was picked up and put into the player’s bag, it would slow them down. The player could also take out the gifts from their bags and shoot it behind them to gain back some speed. Skilled players could cause the bags to hit other players, which in turn would increase the burden of that elf and slow them down. The goal was to drop off the most gifts to Santa’s sleigh before the timer ran out. This was a multiplayer-only game, 2-4 players via Steam/LAN.

Team consisted of two members. Originally a team of five, the theme of the game jam seemed to have an actual effect on the team. One after another the art/sound members had to drop out and take care of “personal issues” which increased the burden on the remaining team members, until there were just two of us left.

I ended up having to contribute all the art and some of the multiplayer/gameplay programming. Sounds were sourced from the Christmas Audio Kit by Evil Mind.

We used Discord as our main source of communication. 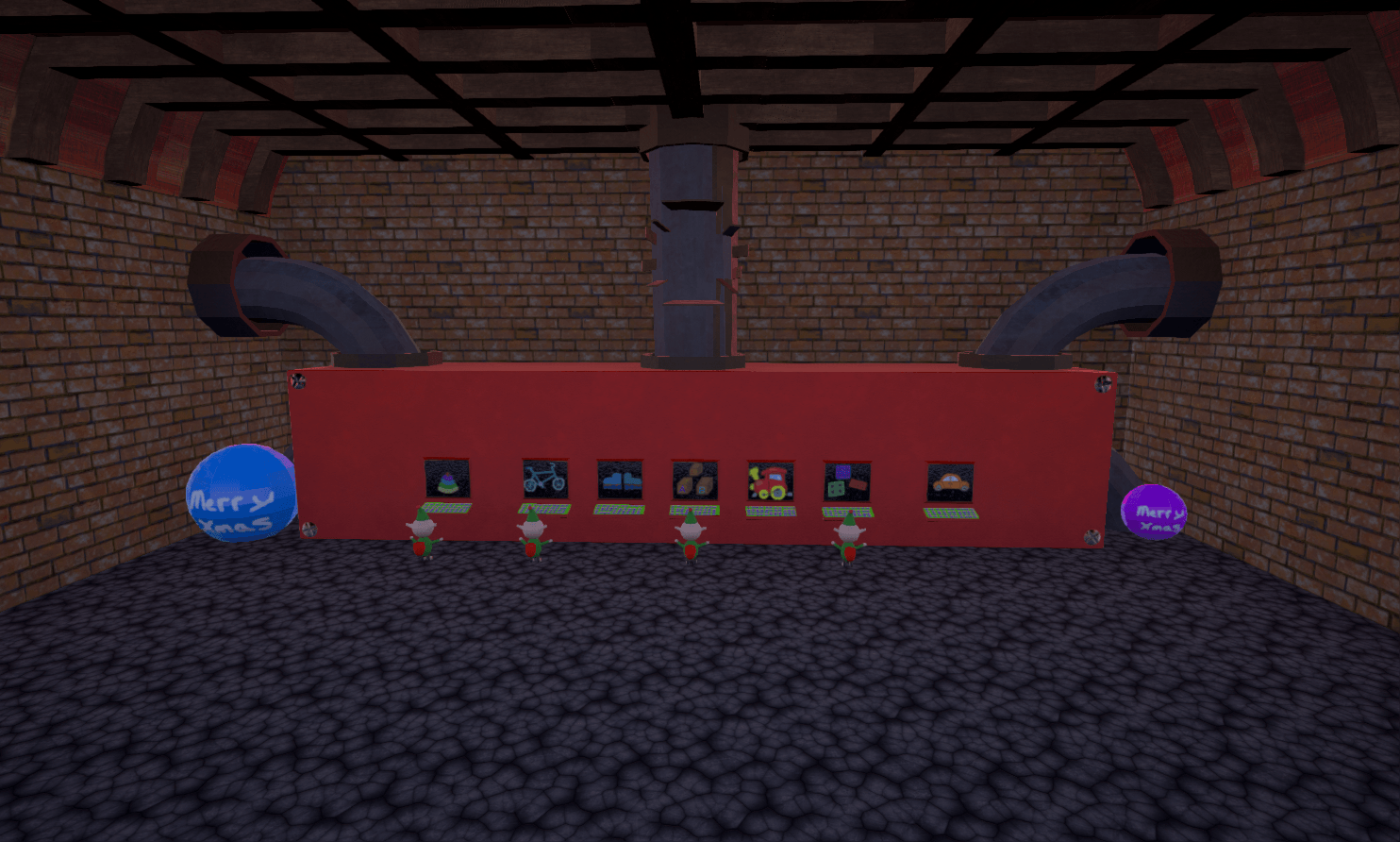 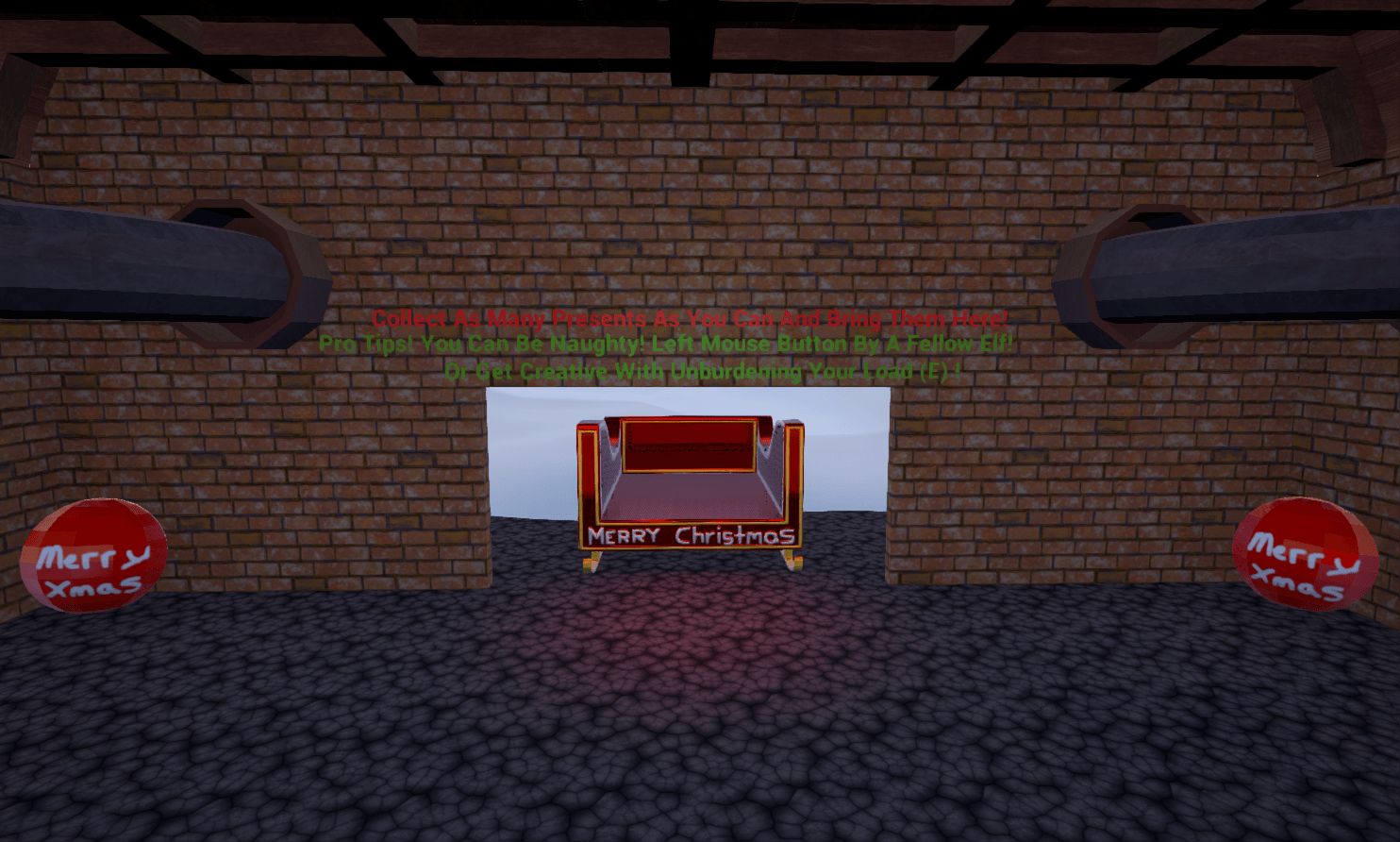 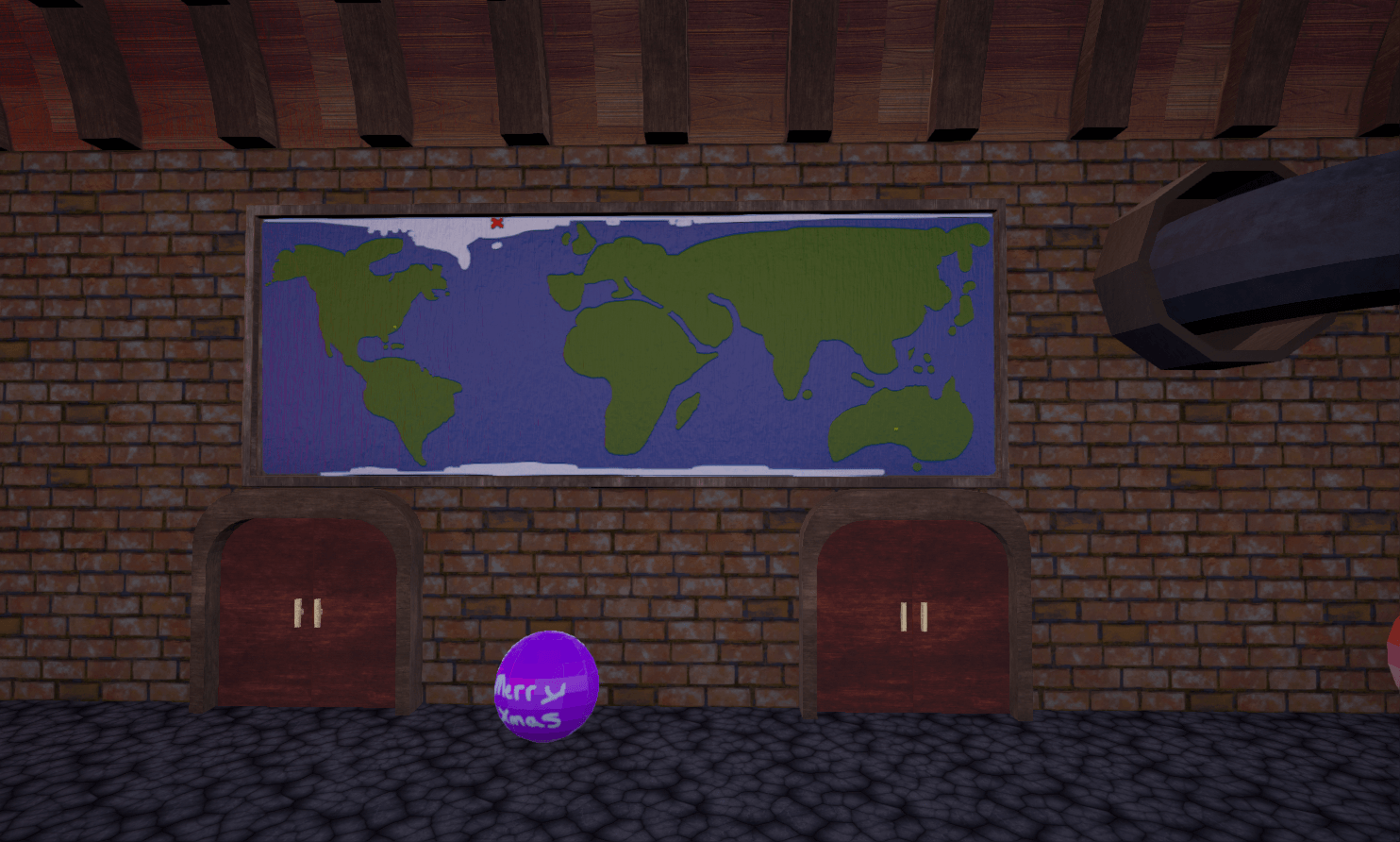 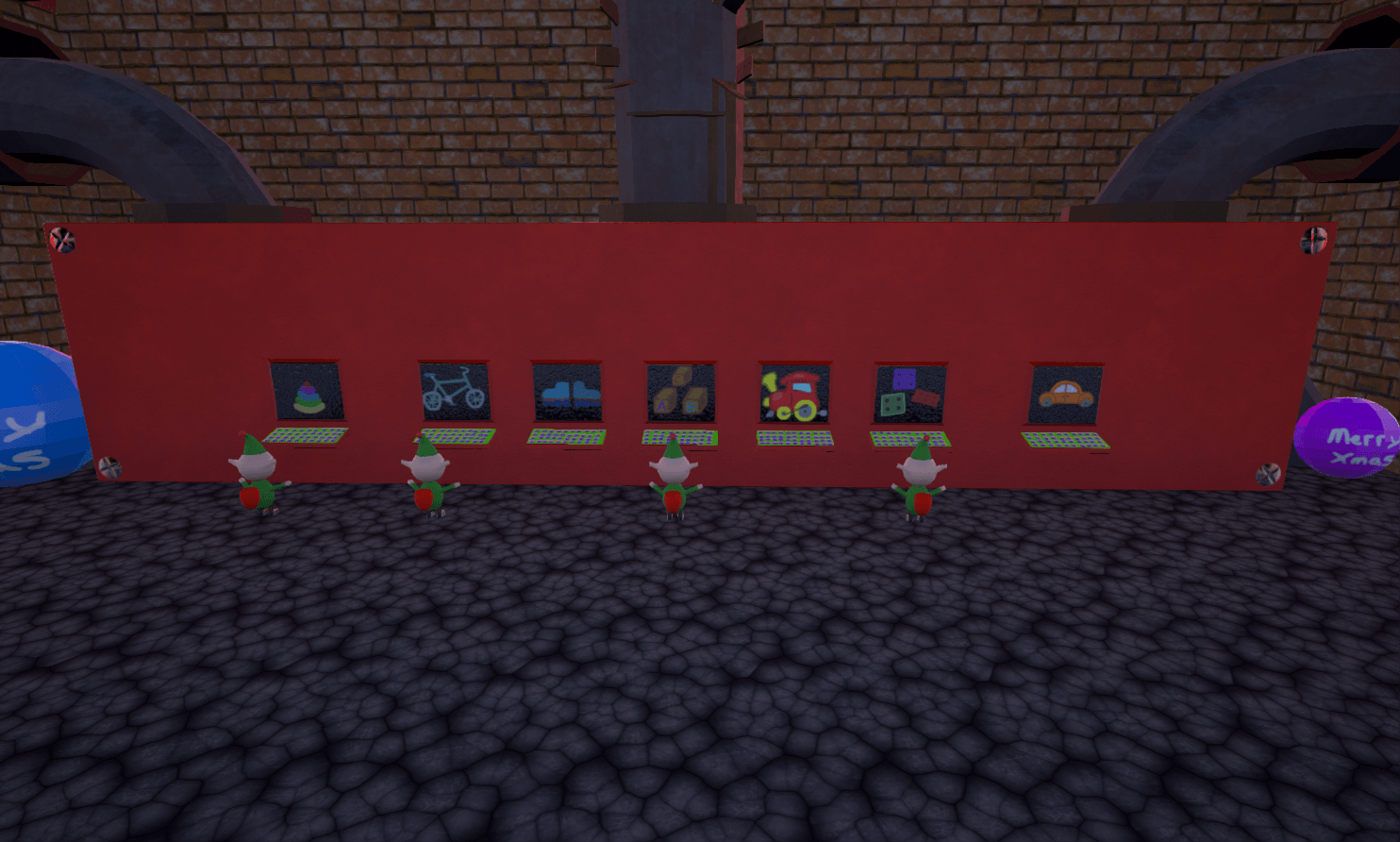